The Everglades .... it just sounds so... Primal. Wild. Unfenced. On your way into this huge National Park you will see this unusual road warning sign - a Panther Crossing! 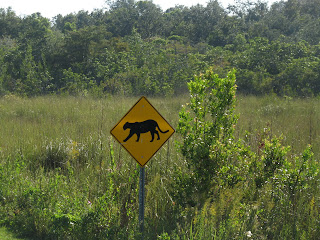 The park pretty much covers the entire southern tip of Florida, excluding the Keys. It is so massive that it has FIVE visitor centers! We entered the park from Homestead, FL. This side showcased endless miles of swamps. Grassy swamps, forested swamps, and jungle-y swamps. Being from Southeast Texas and familiar with South Louisiana, we found the scenery to be very familiar. 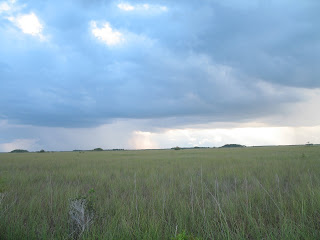 We attempted to hike on a boardwalk through the jungle-y area but we were chased off by hoards of blood-thirsty mosquitos darkening the skies. Well, at least back home they spray poison to kill those tiny flying monsters! 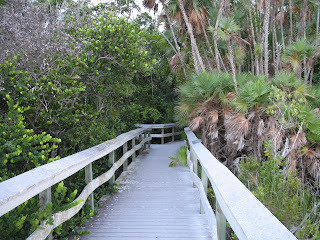 One of the most interesting things we learned while we were there is that the Everglades are FAKE! Because of agricultural and residential water use, the park now has to pump thousands of gallons of water into it to keep it swampy! Millions of gallons of water devoted to the alligators, crocodiles, and mosquitoes! We only stayed there one night and were ready to move on to the Keys! 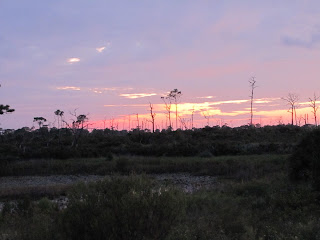