This is the tale of a Jeep.  A Jeep who has been sturdy, reliable, and tough.  This Jeep Wrangler who has some stories to tell!

I was bought off a dealer's lot in 2006.  I am actually a 2005 model but was still hanging around on the lot when my owners found me.  The first time I got stuck was on the beach of Lake Travis in Austin.  My front wheels straddled a large rock and bam - stuck.  The female owner cried and whined and then a bunch of people in wetsuits and scuba gear gathered round.  Luckily they were able to build a hill of rocks for me to drive up on and I escaped without needing to call a tow.  In Austin we drove over concrete medians and curbs and other "big city" stuff for a few years and thought we were off-roading.  Boy, were we wrong.  That was just the beginning. 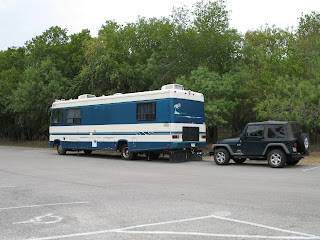 One day the male owner drilled into my frame to install a tow kit.  I had to be drug along behind a huge diesel motorhome for hundreds of miles.  At first I was embarrassed but later I realized that there were many places that the motorhome had to stop and then I would take over for the hard driving!  The people counted on ME to drive over mountains and on dirt roads and desert flats.  The motorhome would be left behind and we'd go to the coolest places! 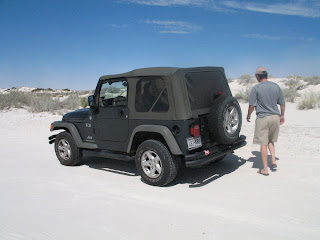 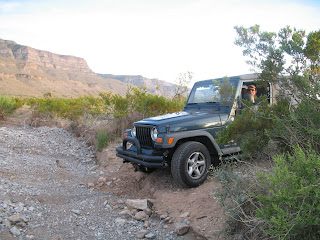 One of my favorite road trips involved trying to get to the Grand Canyon.  The Interstate was closed due to a horrible wreck.  We tried to find a way around.  The owners met a local in a Frito Lay truck who said, "Do you have four wheel drive?  Follow Me!"  We followed them down a dirt road for a couple miles but it was snowing so hard we could barely find the road! The Frito Lay truck turned back and so did we. 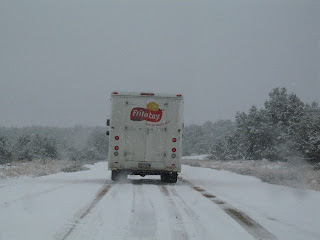 After the snow stopped we tried a different back road. It was another dirt road which we followed for about ten miles. The snow had melted some and this road was a sloshy mess; I was completely covered in mud!  It was cold and wet and we were lost.  We had a great adventure but slept in Prescott, AZ that night instead of the Grand Canyon.  The funny thing is that there are practically no car washes to be found in west Arizona.  I had to stay that dirty for weeks! 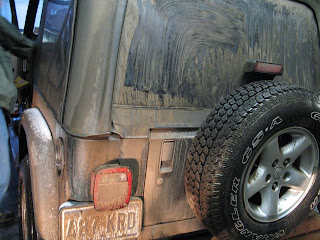 We stayed for a few months in Big Sur, California. Boy was Highway One fun! Sliding around those curves at 50 MPH with a sheer drop to the ocean on one side and a solid rock cliff crowding the road on the other was just exhilarating! We found some great roads around there. One I liked a lot was Old Coast Rd. It was a rough dirt road that cut back into the Santa Lucia Mtns, through redwood forests, past old ranch houses, and generally seeing part of Big Sur that most tourists don't get to see. Another awesome one was Ferguseon Rd, which was paved but very steep and narrow. Pretty amazing views from those Big Sur mountain roads! 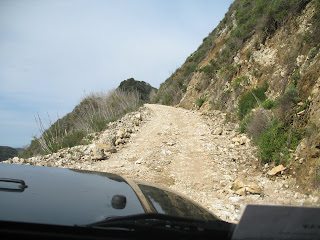 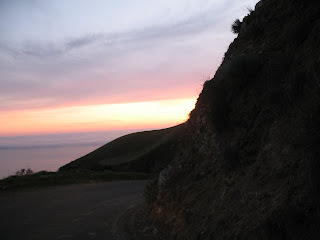 In North Utah we found hordes of bugs and got up close and personal with the bison. 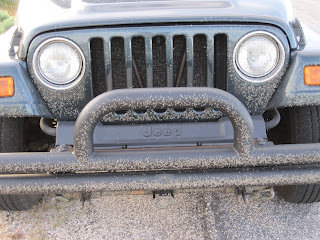 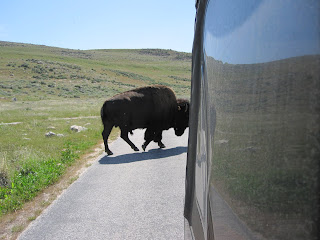 In South Utah a Jeep is practically a necessity.  Recently my owners got me stuck for the second time in my life - I was buried up to my axles in soft pink sand!  With the help of a friend with a four-wheeler, a shovel, and just a little bit of tire deflation I was able to crawl out again.  Even a simple trip to Walmart here starts with 4 miles of dirt road.

I'm a Jeep and that means I can go cool places that little cars can't go.  Dirt roads lead to great things! 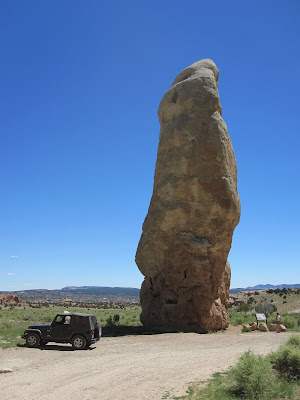