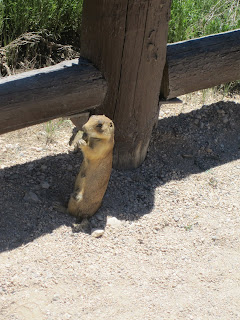 This "weekend" we visited Bryce Canyon and Kodachrome Basin State Park. Bryce Canyon was only about an hour and a half drive from the park we're working and staying in. Bryce Canyon is at about 8,500 feet elevation so the weather was fairly cool. Park roads take a visitor to the top of the canyon where you can look down into it. It is well known for hoodoos, freestanding towers of rock, windows, and arches.
We enjoyed eating lunch on the edge of a cliff overlooking one of the more famous areas of Bryce - Inspiration Point. 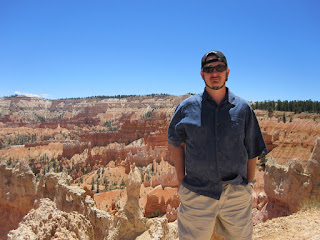 After leaving Bryce we went to Kodachrome Basin State Park, known for sand straws. We did some offroad driving in the Jeep to see Rock Chimney, Shakespeare's Arch, and The Sentinel. 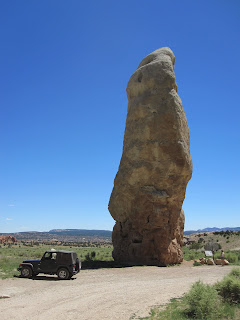 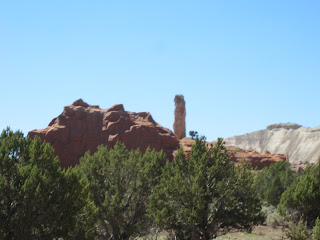 On our way home we found this rattler sunning in the road right near Coral Pink! 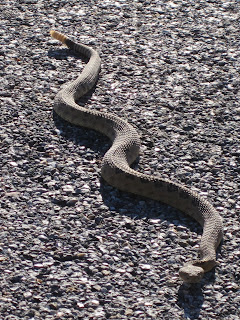